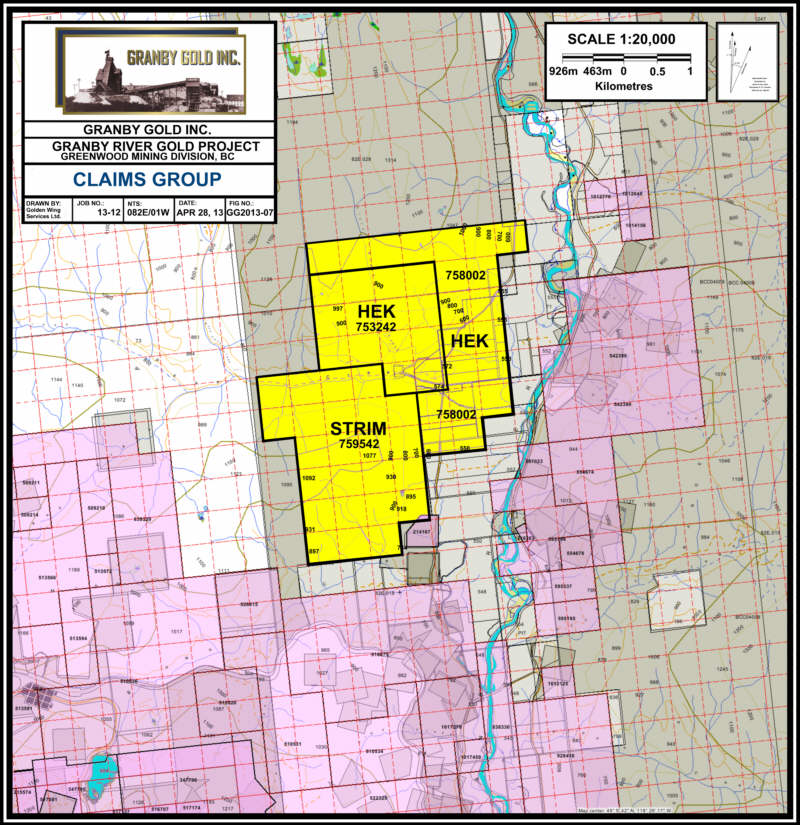 The Granby River Gold Claims are located near the Historic Granby Phoenix Mine, Phoenix BC

PHOENIX MINE HISTORY, PHOENIX BC
(CLICK|TAP TO VIEW MAP ) 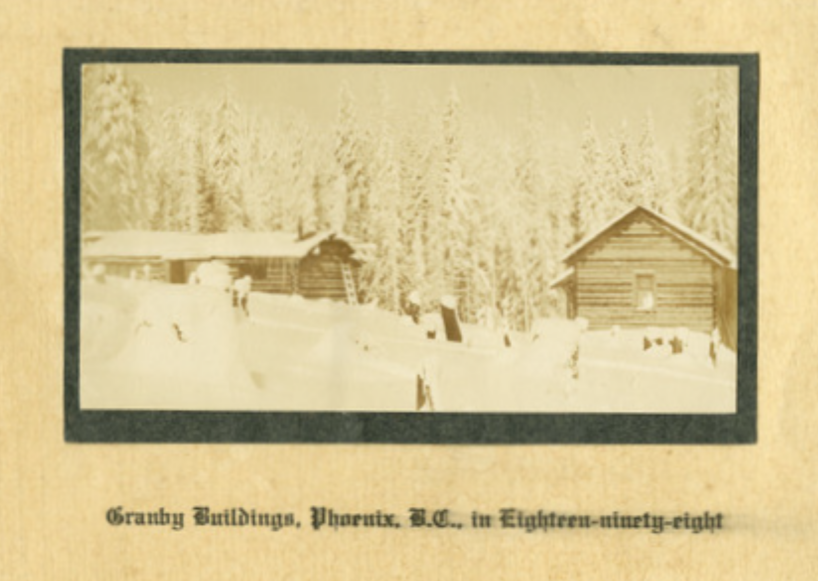 When the copper deposits at Phoenix were discovered in 1891 they were found to be decidedly low grade. The Rossland and Slocan booms were on, there were few trails in the country, and the nearest railroad was 75 miles away; under these conditions very little attention was paid to the new discoveries.

It was soon found that the Phoenix ores were self-fluxing; ie, they required only the addition of coke for direct smelting, and hence could be treated cheaply. Development began in 1896, and by 1900 Granby had built a 700 ton-per-day smelter in Grand Forks and had begun shipping ore via the CPR which had reached Phoenix that same year. In 1904 the Great Northern built a line into Phoenix, and both mine and smelter capacity were rapidly increased to 4500 tons per day. 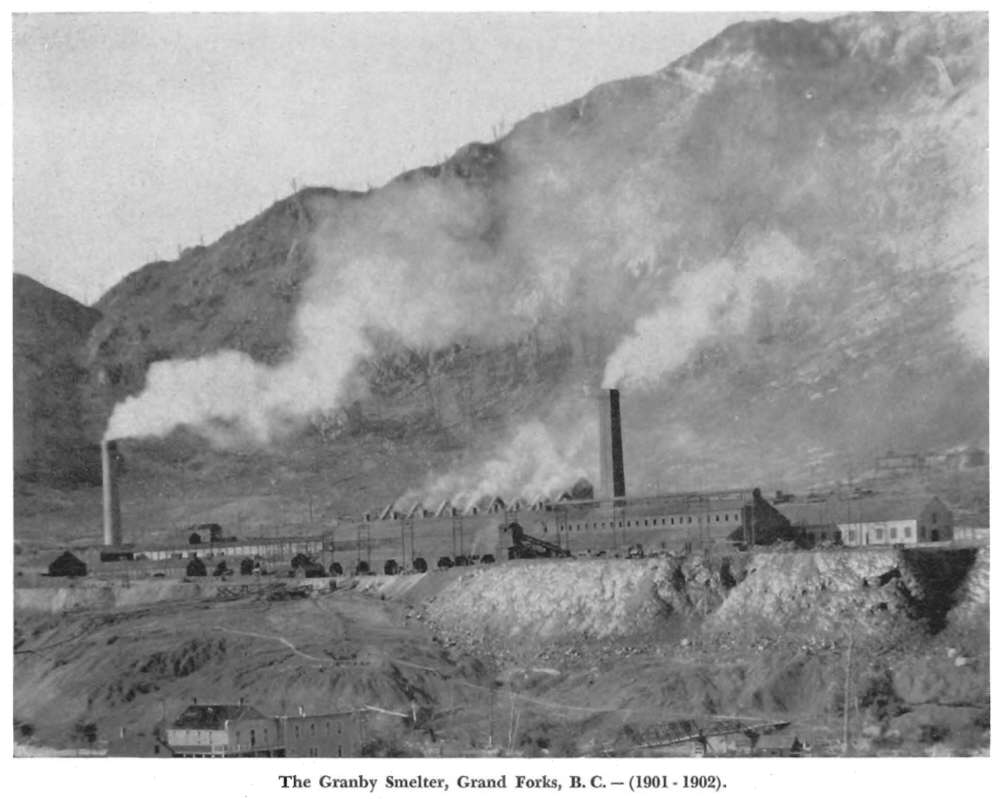 The smelter was designed and built by ABW Hodges, who became the first superintendent. For many years this was the largest non-ferrous smelter in the British Empire and the second largest in the world.

Underground mining at Phoenix began using the 'square-set' method but by 1901 the method had been changed to 'open stope and pillar' with very considerable savings at cost. At one time there was on display a stope 80 ft high, 105 ft wide, and 400 ft long, completely unsupported.

In 1903 there were three small steam shovels at work in the surface quarries, handling about one-half of the mine production. This was one of the earliest attempts at open-pit mining in the province.

Operating costs, including mining, freight, smelting,converting, and general, were reduced from $4.77 per ton in 1901 to $2.39 per ton in 1913. Labour and material shortages caused by the outbreak of World War I resulted in cost increases in later years.

Many factors contributed to the Company's liability to achieve such low unit costs. In addition to the economies of operating on a large scale the Company pursued a policy of mechanization and electrification wherever possible, and the operating staff developed many cost-saving improvements. Probably the best-known development to originate at Phoenix was the self-dumping Granby car. Although based on an earlier wooden car, the Granby car in its present form was first introduced in 1905 when twenty 10-ton steel cars were built for use on the main haulage levels.

Another early improvement was the invention of a drill-sharpening machine which eliminated the need for many blacksmiths and forges.

At the smelter, Mr. Hodges invented an automatic furnace charger which greatly reduced the time and manual labour for this operation.

Many factors contributed to the Company's liability to achieve such low unit costs. In addition to the economies of operating on a large scale the Company pursued a policy of mechanization and electrification wherever possible, and the operating staff developed many cost-saving improvements. Probably the best-known development to originate at Phoenix was the self-dumping Granby car. Although based on an earlier wooden car, the Granby car in its present form was first introduced in 1905 when twenty 10-ton steel cars were built for use on the main haulage levels.

Another early improvement was the invention of a drill-sharpening machine which eliminated the need for many blacksmiths and forges.

At the smelter, Mr. Hodges invented an automatic furnace charger which greatly reduced the time and manual labour for this operation.

Much of the heavy equipment used in the mine was manufactured locally and well-equipped machine shops could make or repair almost any part of machinery required.

An extended strike in the coal fields forced a suspension of operations in 1919. With the ore reserves almost exhausted, and with a need for experienced men at Anyox, it was decided to close the mine and smelter permanently. During its twenty years of operation at Phoenix, Granby had the distinction of having mined, at a profit, lower grade ores than had been mined anywhere up to that time.

The success of the operations at Phoenix can, to a large degree, be attributed to the efforts of many highly competent men and women at all levels of the organization and it would be fitting to pay tribute to a few of these at this time.

THE RE-OPENING OF PHOENIX

When the original Phoenix operation closed in 1919 it was estimated that approximately 2,500,000 tons of 1%copper ore remained, of which some 500,000 tons were available. There were also approximately 200,000 tons of material grading 0.65% copper which was not considered to be of ore grade. These reserves were contained in pillars or old stopes which had not been completely mined out at the time the mine closed.

In 1956 Granby began a re-evaluation of the old mine in light of the success of open pit methods at Copper Mountain. Preliminary work indicated that at least 1,300,000 tons of ore were readily available and a 600 ton-per-day concentrator was erected, utilizing equipment from the mill at Allenby. Production began in 1959. 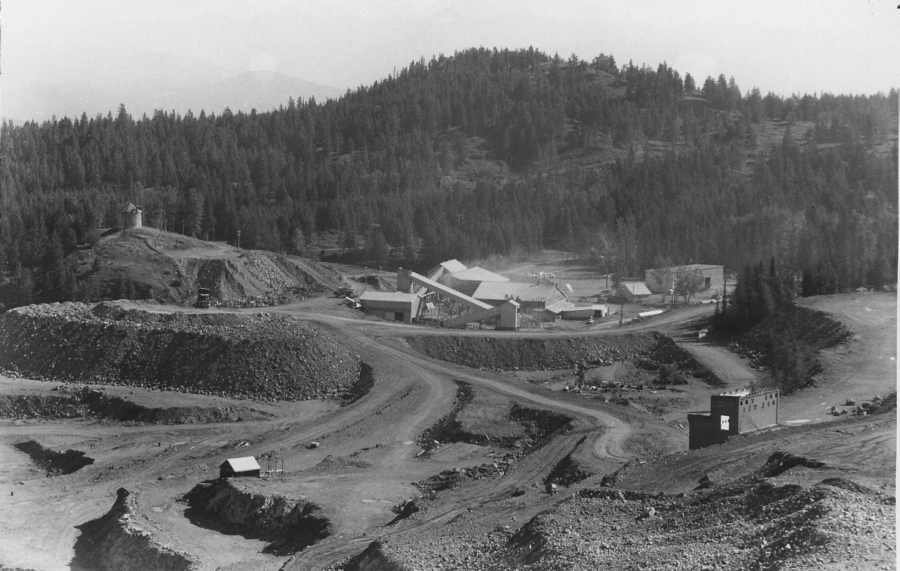 The mining, by open pit methods, of an ore body substantially mined out by underground methods has presently many unique problems.

It has always been impossible to calculate 'proven' ore reserves and over the years an empirical method of estimated 'indicated' ore reserves has been developed, based on plans and sections drawn up prior to 1919.

Plans and sections are continually being revised as further information is being obtained through diamond drilling, geological mapping, and experience gained as mining progresses; for example, some of the older stopes had been back filled with low-grade materials which is ore by today's standards. Arbitrary grades are assigned to 'ore-in-place' and 'ore-in-fill' and revised as necessary to correlate volumes of material mined with actual mill results.

The ores of the Phoenix mine occur as blebs and disseminations of chalcopyrite in a chlorite-epidote skarn rock. The skarn and the copper minerals are localized near the base of an impure limestone sequence in the Brooklyn formation, above a well defined argillite foot-wall. The thickness of mineralization varies from a maximum of about 200 feet to a few feet at the limits of mining. The ore beds have a general inclination to the east, but slopes vary and faulting on north-south lines have produced irregularities. The orignal outcroppings have been removed and present mining has been carried downward beneath younger Tertiary sediments and volcanics which lie unconformably above the Brooklyn formation and cut off the ore beds in the north-east section.

The thick zone of mineralization, which has constituted the main ore mass, appears to be localized by the fault system and increased limestone impurity and skarn formation. No igneous source rocks for the mineralization are exposed but it is assumed that deep seated granitic intrusions under the mine area have produced the mineral-bearing and skarn-forming emanations conducted by the fault channelways to the favourable facies change in the Brooklyn limestone.

The mine was originally opened as an underground operation and although some surface mining was done it was essentially an underground mine up to the shut-down in 1919. The recent revival of the mine has been entirely as an open pit, which has removed lower grade ores along with floors and back fill and pillars of good ore left for support by the underground miners. The concentrator is located close to the pit at the elevation of 4500 feet above sea level. Mining has been carried out from 600 feet above the concentrator level at the south end to 200 feet below the concentrator level in the deepest part of the pit. The existing pit is about 2500 feet by 1400 feet in surface dimension. Barren waste piles from the relatively high stripping ratio are clustered around the rim of the pit. Concentrator tailings are deposited in a basin created by damming off the head of Twin Creek below the concentrator.

The principal mineral recovered at Phoenix is the copper iron sulphide chalcopyrite. With it important amounts of gold and silver are also saved. The ore reserve estimate at 1 January is: Ore in place in pit, 1,379,600 tons at 0.80% copper; marginal ore stockpiled, 3,712,000 tons at 0.40% copper.

Ore is delivered from the pit to a jaw crusher set at 5-in, from which the product is conveyed to two double-decked screens to provide a +3.5-in feed for a 4.25-in standard cone crusher in open circuit, and -3.50/+0.75-in feed for a 5.5-in shorthead cone crusher operating in closed circuit to produce -0.75-in mill feed at a rate of 200 tons/hour.

In the 2800-ton/day concentrator, the grinding circuit comprises two open-circuit rod mills, each with 400-hp motors, discharging to a distributor splitting proportionately to five parallel ball mill circuits operating in closed circuit with cyclone classifiers to produce flotation feed screening about 55% of -200 mesh at a dilution of 38% solids.

Flotation roughing is accomplished in a single bank of 200-cu. ft cells, followed by two parallel banks of 100-cu. ft scavenger cells. Though the flotation circuit is designed to allow a great deal of flexibility in flow, to accomodate variations in the characteristics of the mill feed, rougher concentrates normally receive a single stage of cleaning, whereas scavenger concentrates and cleaner tails are subjected to multi- stage cleaning after thickening and regrinding to 87% of -325 mesh.

This particular scheme is depicted in the flowsheet. The tailings from the middlings retreatment bank may be discarded to waste or recirculated to the scavengers at the option of the operator.

Final concentrates are thickened, filtered, and dried to 7% moisture in the conventional way.

The accompanying diagram shows the crushing, grinding, and concentrating' circuits in the Phoenix plant. 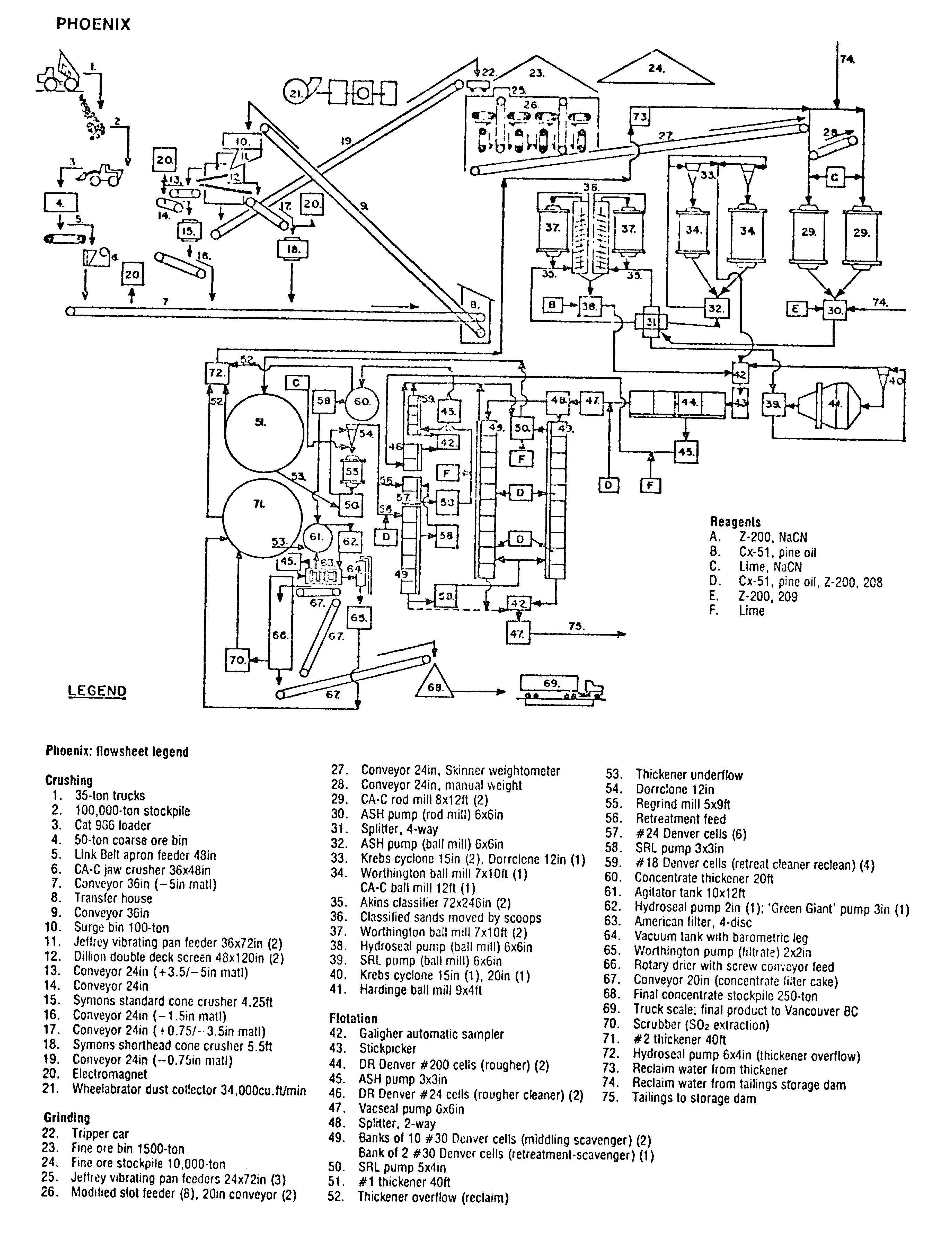 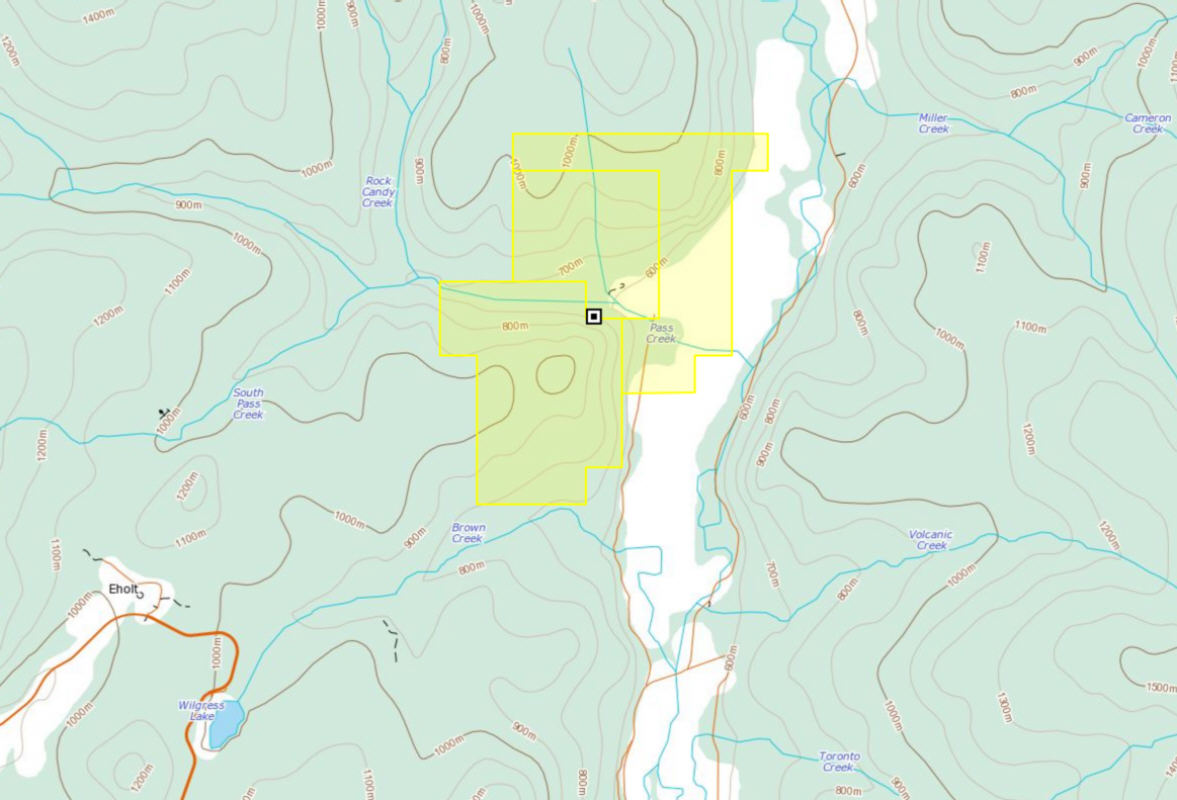 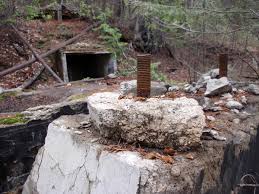 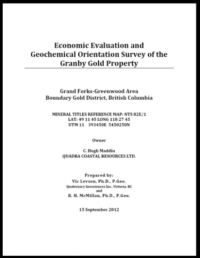